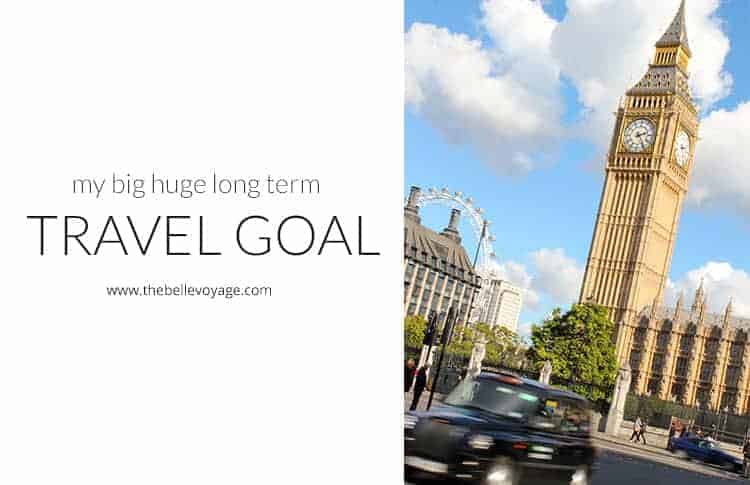 I have a travel wish list that’s a mile long. But there’s one dream that’s really big, huge, and ambitious.

Today I wanted to share my long term travel goal on the blog. I guess that means that you can hold me accountable from now on?

Here goes – or at least a very simplified, streamlined version:

Back in the day, I lived in London for a few months, and the city stole my heart like no other place ever has. It was fall and it was new and everything was full of wonder. I immediately felt an inexplicable connection to London. It felt as peaceful as being home but at the same time, radiated energy that made me feel like anything was possible.

When it was time to leave London, it took EVERY OUNCE of discipline for me to get on the plane back to the US. Even my subconscious wanted to stay, since I actually went to the wrong airport the morning of my flight home and almost missed it entirely. 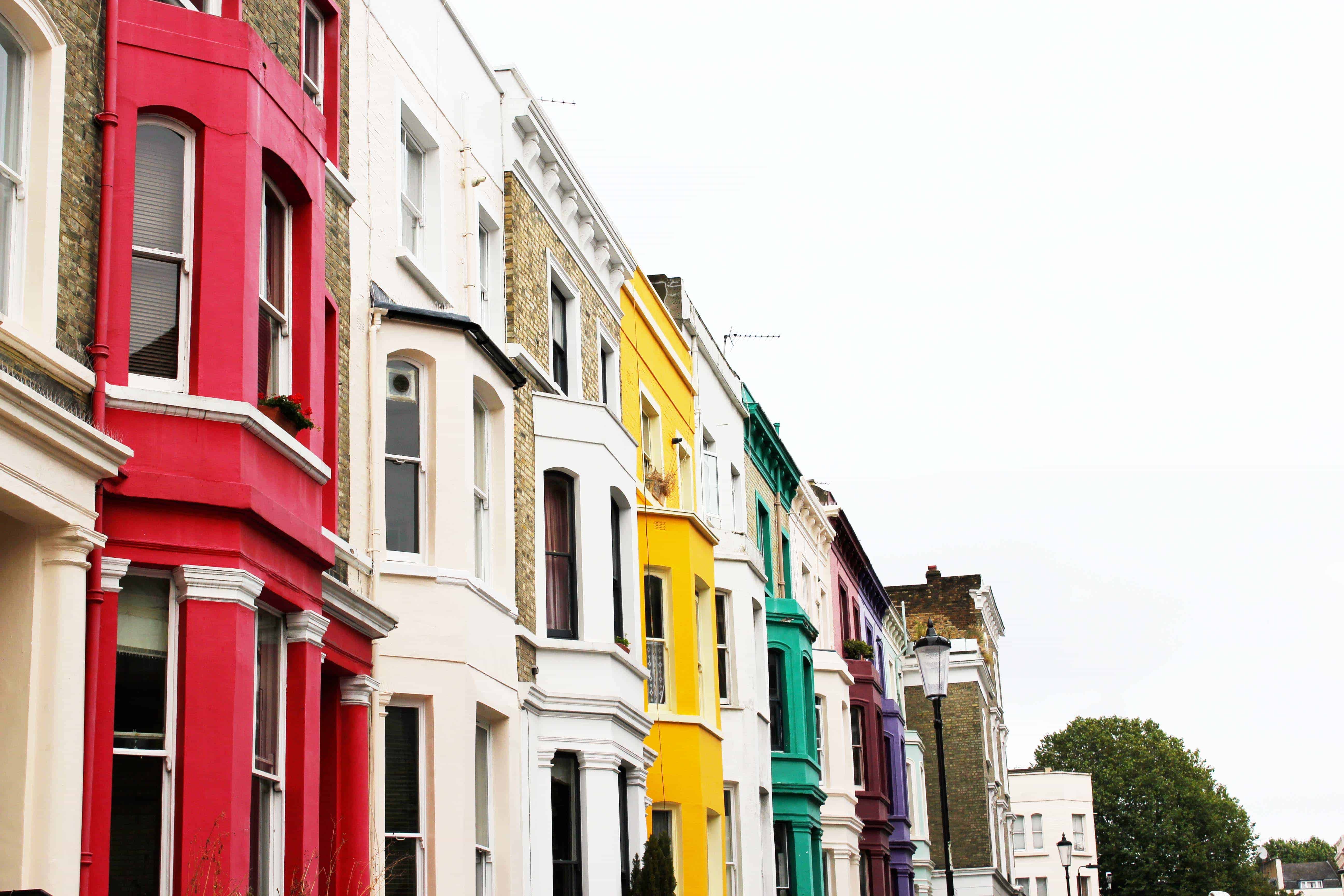 Since that time, I’ve been back to London to visit many times and each time, I feel exactly the same way. It’s not always fall and it’s no longer new, but everything is still filled with wonder. It’s funny how certain places can have power over you. I literally have to pry myself away from that city, and each time is just as heartbreaking as it was the first time I left.

Why the backstory? Well, I promised myself that someday I would live in London again. 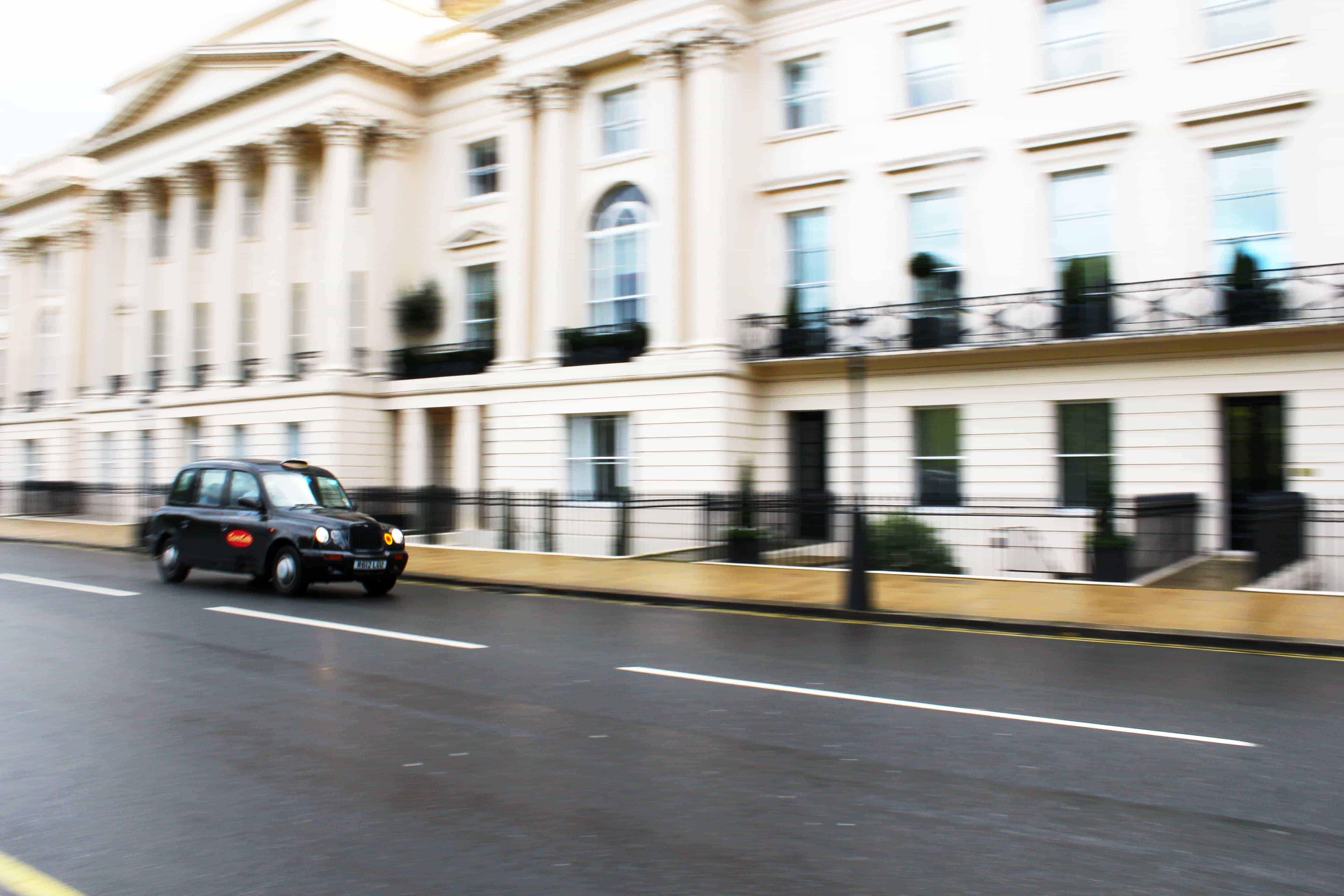 Sadly, that hasn’t happened yet. The timing just never seemed right… with school, starting a career…LIFE. I would have had to drop everything and just GO, and it always seemed like there was too much at stake to do that. A classic case of early 20’s FOMO vs. YOLO.

All along, I accepted my choice by telling myself that someday I would live in London again. And I know I will…but now I know that it just might look very different than what I first imagined. Which took some getting used to, but is actually totally ok.

So here’s how the dream looks today. First – I won’t be going solo! Fortunately, Mr. Belle Voyage is on board with the idea and happy to come along for the ride.

Second – I love the idea of having a home base in London. There are so many things I want to see and do on the other side of the world, but I know living out of a suitcase for months on end is probably just not for me. I’d rather take lots of 2-3 week trips or long weekend trips to other parts of the world, and having a “home base” on the other side of the globe would allow me to do that.

So for those reasons, the long-term travel goal is to buy a flat in London and live there part-time. And when I say long term, I mean LONG TERM….but just the idea of it has me so incredibly excited. I can’t even TELL you how much time I’ve spent looking at London real estate online. (The prices are a harsh, harsh dose of reality, but I just keep dreaming).

In fact, I just procrastinated writing this post for about 30 minutes just to peruse flat listings. 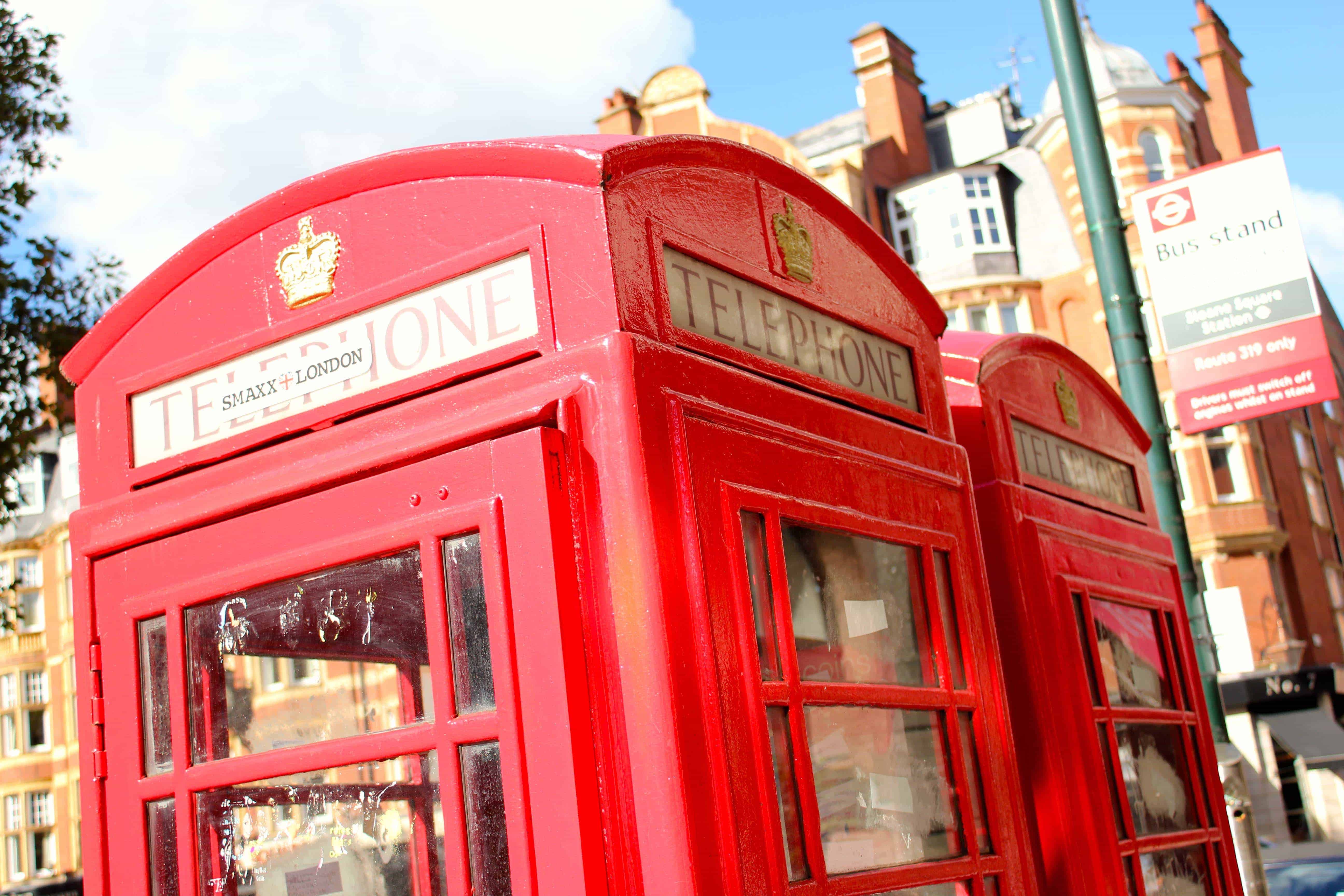 Third – Originally, I pictured myself living in London during my 20’s or early 30’s, but now it looks like a London home away from home is more likely to be part of a retirement lifestyle. At first that idea felt a lot like giving up – but the more I think about it, the more I have come to love the idea. Why not live out a dream when you actually have time to enjoy it?

So there you have it. There’s not much of a plan beyond that, and it’s going to take A LOT of hard work and good fortune for it to actually happen…but I feel so lucky that I even have the opportunity to have this on my wish list, when so many people’s dreams are things we have but take for granted on a day-to-day basis.

So for the next few decades, I’ll be crossing my fingers and saving my pennies – wish me luck!

5 Things to Do in Mammoth Lakes

Behind the Blog: 25 Things About Me