How to Earn Air Miles As Fast As Possible 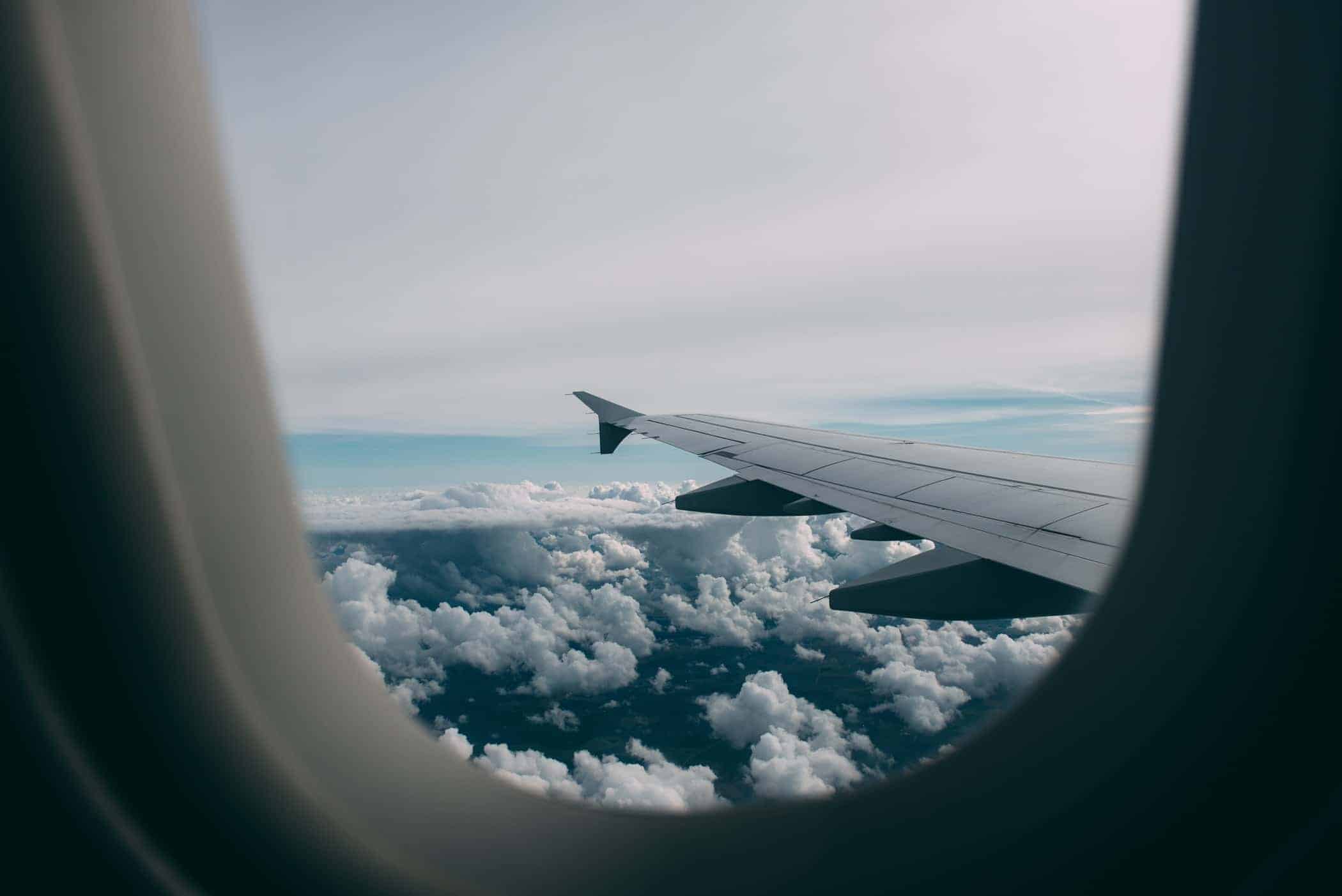 Over the weekend, I bought my plane tickets for South Africa!

Normally I dread long flights, but this time I’m actually excited for the travel part of the trip, because…..we’re flying business class.  Wahoo!  The best part: I was able to earn air miles to cover the flights.  So we didn’t pay for the tickets, either.

Believe it or not, two months ago, I had about 5,000 American Airlines air miles to my name.  But in the past 60 days, I was able to earn over 150,000 air miles, which is enough for a business class ticket to South Africa from San Diego.

Everyone’s situation is different.  These strategies may or may not suit your personal situation – they’re just what I did, and what worked for me.

In addition, I want to acknowledge that there are certainly a few ways in which my personal situation was helpful in my efforts to earn miles:

First, I do travel frequently for work, so I had a few hotel points laying around which I had earned through work travel.

Second, you’ll see below that I opened three new credit cards to earn additional miles.  I’m fortunate to have good credit to start with, and am not planning to take out a home or car loan anytime soon – so I wasn’t worried about any impact this might have on my credit rating.

Third, a lot of these strategies DID include spending money to earn miles.  BUT…I only spent money I would have been spending anyways – and never went out of my way to spend more just to get miles.

Ok, now that we’ve gotten that out of the way…

How to Earn Air Miles ASAP

1. Be Strategic About Choosing An Airline for Miles

It pays to know which airline (or airline alliance such as OneWorld or Star Alliance) has the most flights to your destination.

After a bit of research, I figured out that the airline with the most efficient routes from San Diego to Cape Town was American Airlines, so I focused on earning air miles specifically on American.

The last thing you’d want is to spend time and money earning air miles on an airline that doesn’t even fly to your chosen destination, so it’s worth putting in some research ahead of time. 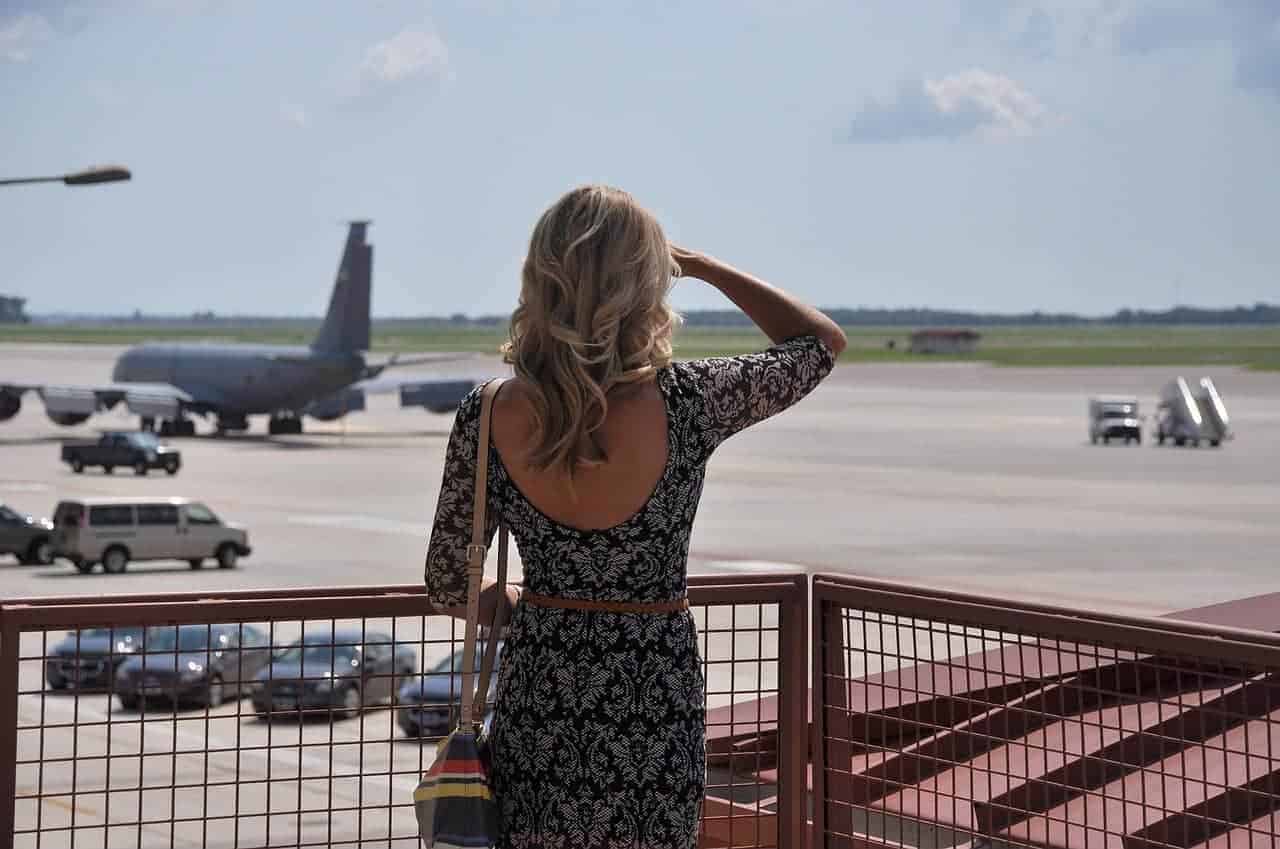 Earning miles with airline credit cards is nothing new…but it’s important to be strategic if you want to earn a lot of air miles really quickly.

My takeaways here were that it pays to be thoughtful with your timing, and how you meet the card minimum spends.  Obviously you don’t want to be buying a bunch of useless stuff just to earn points – that completely defeats the purpose!

I ended up opening two American Airlines cards: a platinum card and a gold card.

The Best Time to Open an Airline Credit Card for Miles

That’s a lot to spend during a short period of time, so I decided to open them during a time of year when I knew I’d be spending more  than usual: the holidays.  So needless to say, I used my new cards for ALL of my holiday shopping and celebrating!  Both of which quickly added up.

My other strategy to meet the card minimums was to purchase things in advance that I knew I’d be buying sooner or later, and that wouldn’t expire.

So I stocked up on things like dog food, cleaning supplies, and just general household necessities.  I also paid in advance for a few things – like a 10-pack of doggy day care stays, as well as a 10-pack of classes at my favorite spin studio.

Use Your New Cards to Pay for Everything – Even Utilities

Finally, I used the new cards to pay for EVERYTHING.  I paid my cell phone bill, cable bill, and really just everything I could with the new cards.

Open More than One Card for the Same Airline

The last tip here is also critical: check to see if your preferred airline has more than one credit card offer.  This is key!  I almost didn’t realize that I could sign up for a platinum AND a gold card back-to-back for American Airlines.  Doing so earned me oh-so-many miles.

Many people aren’t aware, but the points earned through many hotel’s loyalty programs can be converted to airline miles.  The list of hotel points that convert to American Airlines miles is here.

Discovering that I could convert hotel points to air miles was a HUGE discovery for me, since I had points scattered over several different hotel loyalty programs.  Individually, none of them were enough to redeem for anything meaningful, but pooled together as air miles, they were actually useful.

If you’re new to the world of hotel points, I highly recommend setting up a Starwood SPG account.  You can transfer Starwood points to almost any airline’s frequent flyer program, typically on a 1:1 ratio. 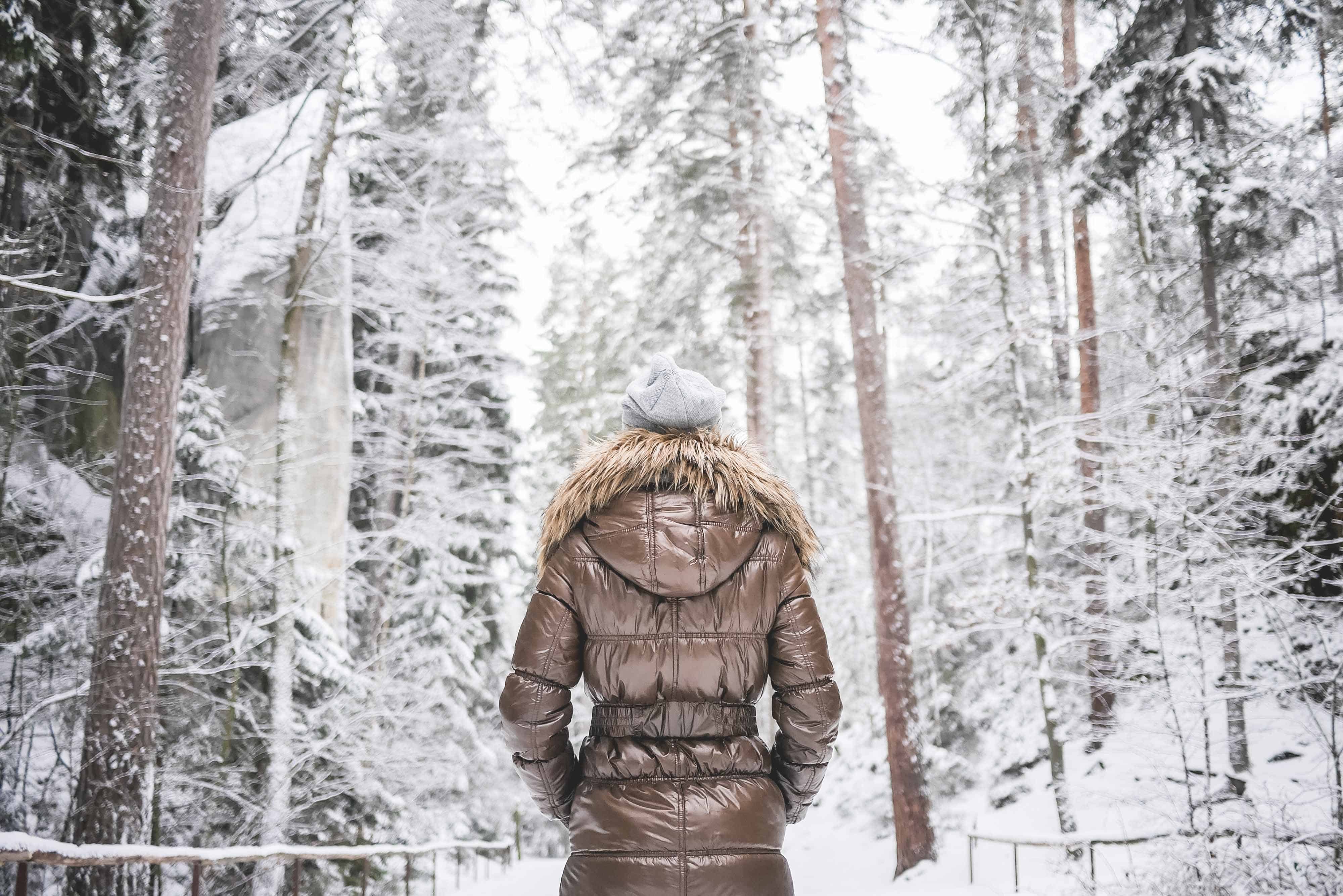 Once I realized that I could convert hotel points to air miles, I started looking at various credit card offers that offered hotel points as promotional bonuses.

Sure enough, I found a Marriott card that would earn me 50,000 Marriott points after I hit a minimum spend.  I employed the same strategies that I used above with my new American Airlines credit cards to rack up the initial bonus miles in a short period of time.

I talked about a similar portal from United Airlines back in this post.  Basically, it’s just a webpage from which you can access a ton of online stores.

If you go to a store’s website via the portal, you’ll earn a certain number of miles if you make a purchase.

For example, if you go to nordstrom.com from the portal, anything you buy will earn you 3 miles per dollar.  That’s in addition to the 1 mile per dollar that I was already earning from using an American Airlines credit card.

It adds up fast, especially when it comes to holiday shopping!  During this time of year, many stores run promotions where you can earn double or triple the normal amount of miles. 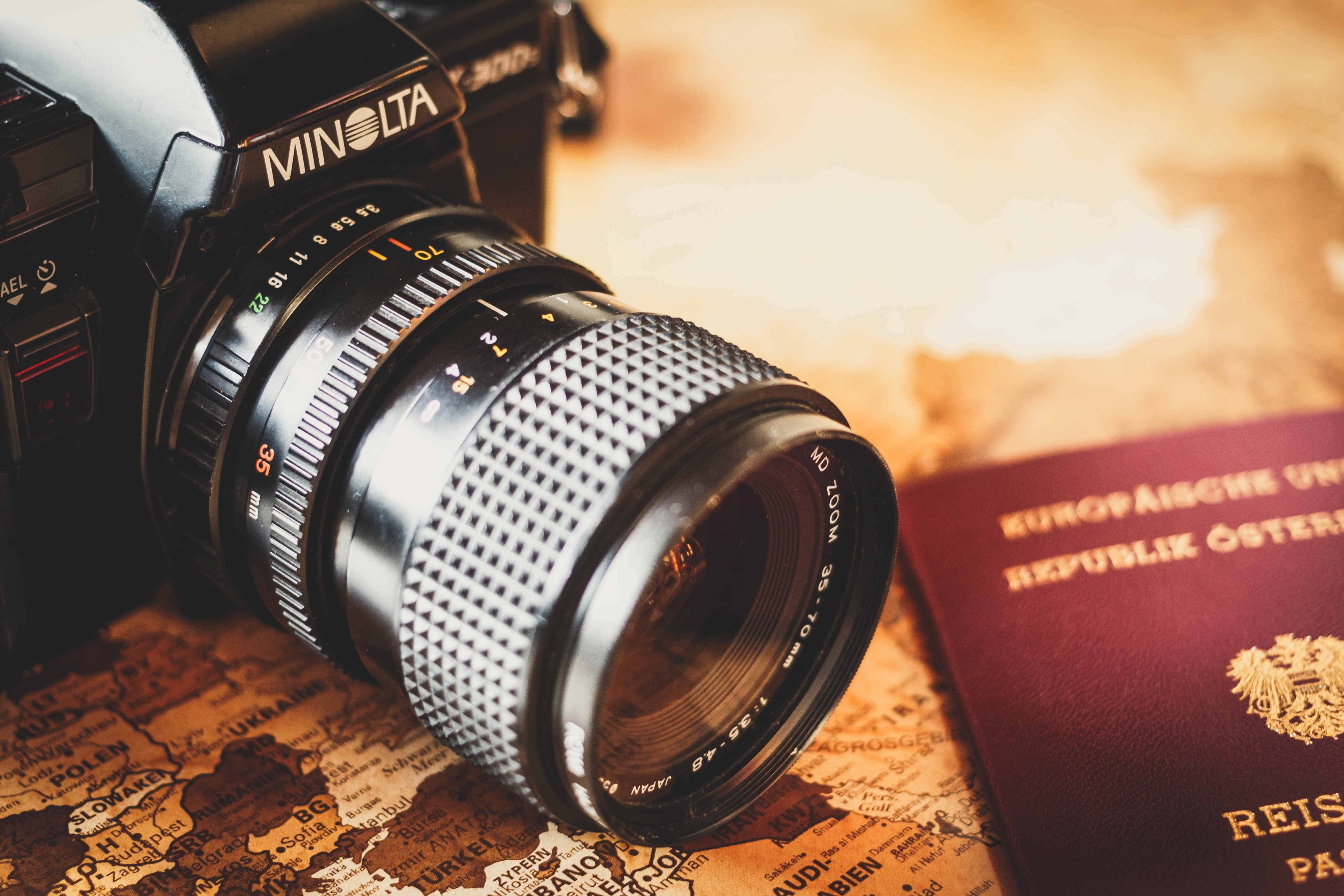 Have you guys heard of Texture yet?

It’s basically a magazine version of Netflix.  With a monthly subscription of $14.99, you get access to an unlimited number of magazines on your iPad or tablet.

Texture has a ton of magazine titles, and so for me, this was a no-brainer.  Since I travel so frequently, it’s not uncommon for me to buy 3-4 magazines in one month, so I knew this would pay for itself quickly.

After a free 30-day trial, Texture offers 2,000 American Airlines miles with your first paid month of service.  2,000 miles for 15 bucks, when I knew I’d spend it anyways?  Done.

Another new one for me in my quest to earn miles was a website called RocketMiles.

Rocketmiles is a portal through which you can make hotel reservations and receive a meaningful number of air miles for doing so (think 1,000 – 10,000 miles per night!).

Rocketmiles has a promotion with American where you can earn an additional bonus 3,000 miles on your first booking.

This was perfect timing, since I was planning to book a night at a hotel in LA for a trip that had already been planned.  I used RocketMiles to book it, and earned 2,000 miles for the night in the hotel, plus my bonus 3,000 miles.

When I first started this endeavor, I never imagined that I’d be able to rack up enough miles before it was time to get my flights for South Africa – needless to say in business class.  But in two months, there I was!

I hope these strategies are helpful for you, too! 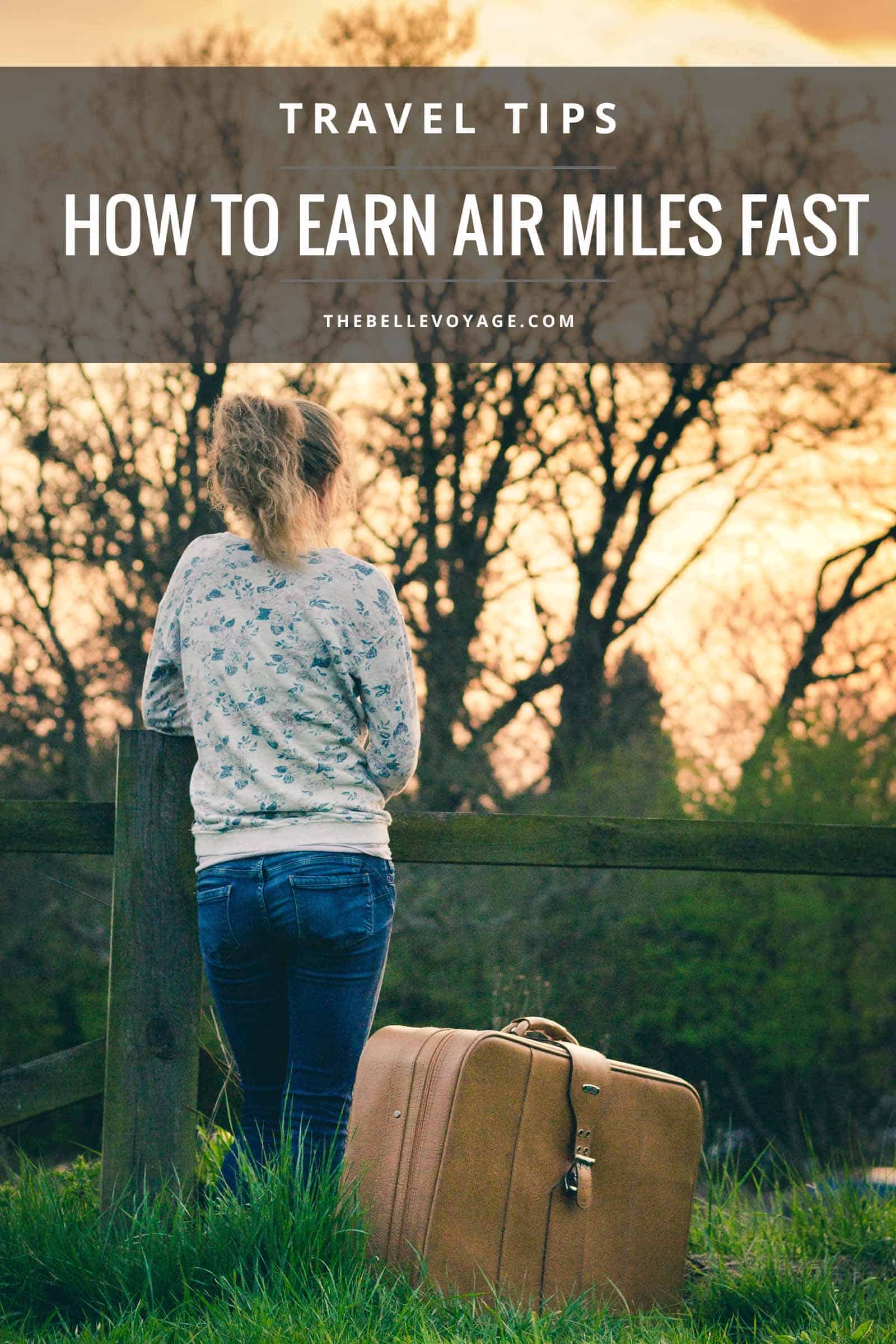 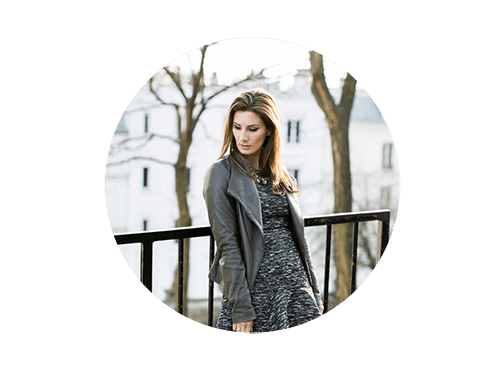 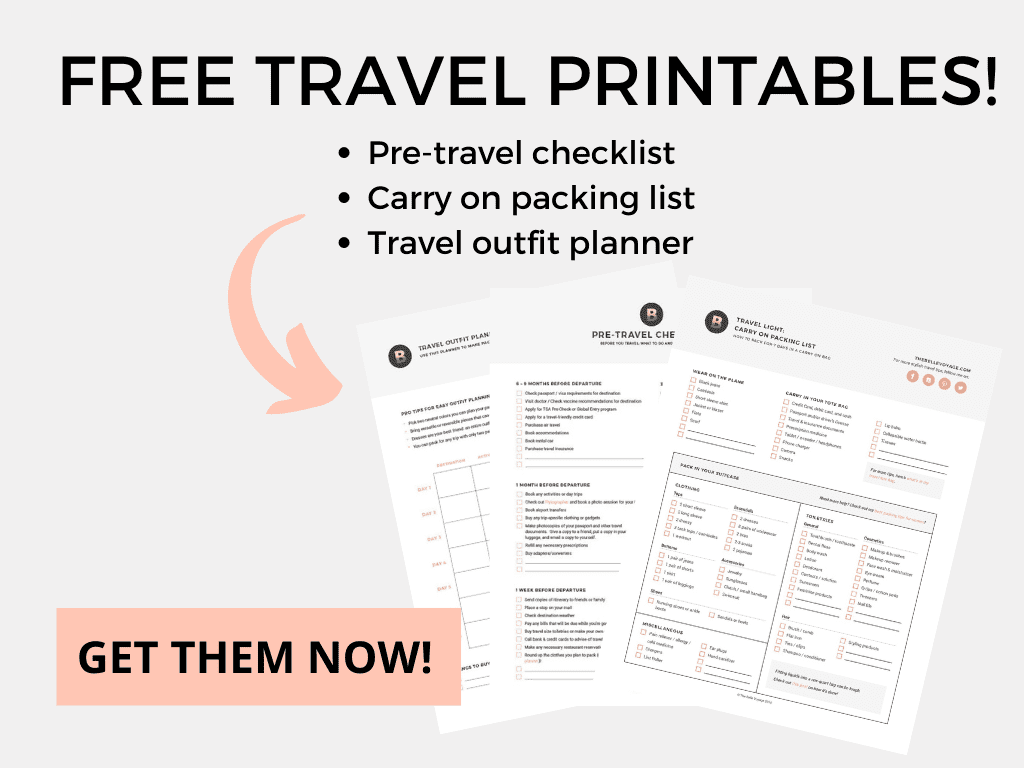